Thinking Way Too Far Ahead 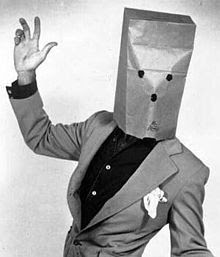 Possible Republican contenders for presidency in 2024:

Donald Trump. The Republicans make a grave error if they turn away from Trump. If they do, his followers will stay home or form a new party. He is their best shot.

He may, on the other hand, not be up to it after four more years. If so, the ideal contender for the leadership of the Trump faction is Jared Kushner. His involvement in the Abrahamic Accords has demonstrated his ability; he would not just be a Trump surrogate or dynastic successor. And he comes with Ivanka.

There are other possible contenders for the Trump crown: Mike Pompeo, any of Trump’s children; but only one of this group can run. The advantage this faction has is that they will probably only run one of their number; the others will stand down, ensuring a strong showing in the early primaries. If any of them ran against the Trump-backed candidate on their own, they would lose all support for doing so.

If not Trump, there is a large constituency for another non-politician. Another populist candidate might convince people he could do a better job than Trump at draining the swamp, and that is the underlying source of Trump’s appeal. Politicians in general are in disrepute, and the just-concluded impeachment trial has accentuated this.

This leaves a big opportunity for Tucker Carlson, who is sounding populist now; but I doubt he would want to give up his media position, which probably has more real power to change things. Or Kanye West, as another billionaire; but since he is reputedly crazy, and inexperienced in politics, he comes with a high risk of self-immolation. Other obvious billionaires lack Trumpiness—as Arnold Schwarzenegger discovered when he tried to replace the master on The Apprentice, or as Mike Bloomberg discovered in the Democratic primaries. Doing the in-command billionaire role is not that easy. Elon Musk might be able to do it, but Elon Musk has more important things to do with his genius. Candace Owens has hinted at interest in running; but I’m not sure she has the intellectual chops. I’ve seen her flat-footed in an interview. If it were my choice, I’d love to see Ben Shapiro.

Traditional and religious conservatives are another large constituency within the party. Trump and Trumpites are actually rather odd bedfellows for them. They ought by rights to coalesce around Mike Pence; but Pence may not be capable now of being a unifying figure within the party. He was unfairly blamed by Trump for accepting the Electoral College results, and if he has to run against Trump or a Trumpite in the primaries, this adversarial image will be reinforced.

Ted Cruz is another prominent possibility for the TRCs. He has kept on the good side of the Trump populists. The rap against him is that he is unlikeable. That stopped Bob Dole; it did not stop Richard Nixon. Other possibilities in this slot are Tom Cotton, Tim Scott, Josh Hawley. The problem here is that there are too many possible standard-bearers, and they are unlikely to step aside for one another. This may spread the TRC vote too thin in early primaries, and eliminate them all.

Then there is the libertarian wing of the party. They have an obvious leader in Rand Paul, who has also stayed on the good side of the Trump faction. Paul’s problem, to my mind, is that he sounds unpresidential, whiny. Cut out for opposition, not leadership. Someone has floated a unity ticket of Rand Paul and Tulsi Gabbard. Great idea, but probably not achievable, politics being the art of the possible,

Ron DeSantis as Governor of Florida is making waves these days. But sitting governors are sitting ducks; they have to govern, and bucks stop there when things go wrong. Andrew Cuomo has recently gone from Democrat star to Democrats demanding he resign. Kristi Noem has faded as COVID numbers have risen in her state. Chris Christie was supposed to be the odds-on favourite for the nomination in 2020--and then there was that bridge thing. Some governor may rise, but it is unpredictable four years in advance.

Dan Crenshaw looks good, and charismatic. But he also seems too new and inexperienced.

What about the party stalwarts, the professionals, the guys who would have backed Jeb Bush last time? I think they have long had their eyes on Nikki Haley. I think Haley may have won their support, but killed her chances of becoming president, by coming out publicly against Trump recently. I don’t see the Republicans winning if they run against Trump instead of the Democrats.

My track record for predicting nominees has been awful. I called it for Jeb Bush last time, for Newt Gingrich the time before, for Rudy Giuliani the time before that. So don’t trust me on this. But I think the next Republican nominee will be Nigel Farage.

Email ThisBlogThis!Share to TwitterShare to FacebookShare to Pinterest
Labels: Republicans, US 2024 presidential election, US politics