National dog breeds do seem to reflect the personality of the place. German shepherds for the German character: rather aggressive, wolflike, martial. Poodles for France: clever, all show and style. The bulldog for British tenacity: bred to fight bears. America is a beagle, eager to please.

And if so, I think our native breeds speak well for Canada.

Perhaps I must omit the Husky; people may accuse me of cultural appropriation. It is essentially an Inuit-bred dog. Not from the mainstream. Pity, because it is an admirable breed. 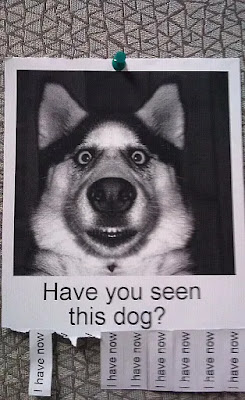 But the generic country breed in Eastern Ontario, is the border collie. Kingston holds an annual sheepdog competition that attracts entries from across North America. Originally, of course, a Scottish breed. But then, so are many Canadians. And it seems significant that the border collie is so dominant on Eastern Canadian farms, even though sheep are not. 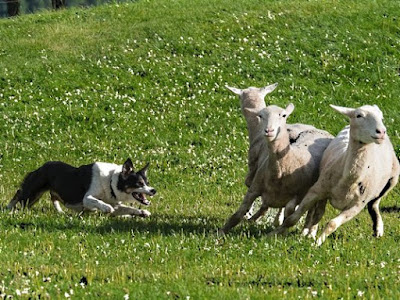 The border collie is, like the beaver, a tireless worker. Perhaps along with the sedentary poodle, it is the most intelligent of breeds. But a collie makes a terrible watchdog. It is friendly to everyone, and never snaps. Its care is for the welfare and proper order of its flock.

Then there is the Newfoundland: perhaps also the product of a subculture, but one that has its adherents, thanks to internal migration, across Canada. It is so completely identified with Newfoundland, in foreign eyes, that when Newfoundland was first granted a parliament, Punch showed it populated by this dog. Big, powerful, gentle. A dog that will risk his life in heroic rescue. 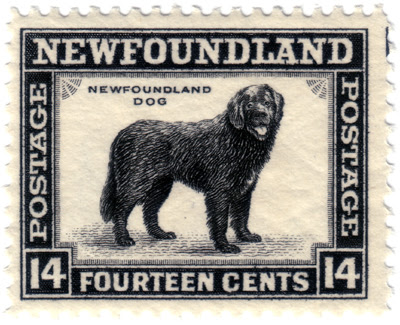 And the Labrador, another working dog, common across the country, the world’s finest retriever. Most famous for his gentle bite, which will not puncture the skin of a fallen bird. Much less think to eat it: he will always deliver it instead to the proper authority.

And Canadians are easily distracted by a squirrel. 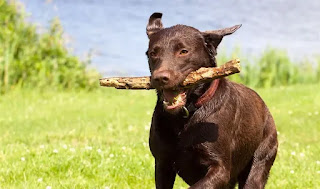