On the Giving of Alms 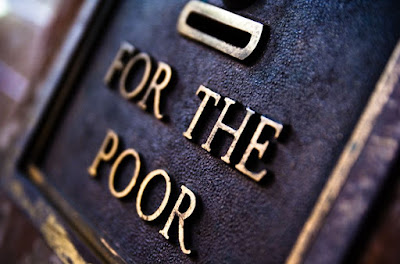 Walking through Toronto’s Annex neighbourhood today, I was buttonholed twice by people asking for charity.

It reflects well on human nature at least that there is a market for this.

On the other hand. I found it troubling, because I doubt either charity was actually doing anyone any good. And that money they are taking could be so useful to so many people.

The first charity was CAMH. It was asking for funds to send people into the high schools, to staunch the growing crisis of suicide among the young.

The problem here is that our current psychiatry/psychology approach has no idea how to prevent suicides. If psychiatry and psychology were effective, suicides should be declining, not growing. The rate of depression and of suicide has grown in tandem with the growth of psychiatric funding.

Someone—Einstein is usually credited—once said that madness is doing the same thing repeatedly and expecting different results. By that standard, spending money on more psychiatry is insane: unless it can offer some revolutionary new approach.

The second charity was collecting money to end child marriage, by educating girls in the Third World.

First, there is nothing wrong with “child marriages.” They used to be the norm in Canada too, as in the rest of the world, until a few generations ago. When we began to postpone marriage past the teenage years, we created teen angst. We keep young people all dressed up and with nowhere to go for what seems, at such a young age, an eternity. Leading them to resort to all kinds of unfortunate things: drugs, casual sex, violence, crime, mental illness … and suicide.

One charity here is causing the need for the other.

Second, there is a problem with funding girls and not boys. It is not just discriminatory: it tends to render males useless within the society. The result will be unwed motherhood and families breaking up, and this leads to poverty and worse in the next generation. Along with a lot of angry, idle, desperate young men wanting to break things or kill themselves.

All this is depressing, but there is a deeper issue too. Are people who give money to such charities, which then use it to do harm to those in need of help, praiseworthy for their good intentions? Or are they actually committing another sin?

I think the answer has to be the latter: it is sinful to give to such charities. The motive, in the first place, for doing so is generally cheap absolution. “I’m not a bad guy. I give to charity.” Kind of like going to church on Sunday, then slitting throats in good conscience the rest of the week. That kind of charity seems like buying God off.

It is a moral responsibility to educate your conscience. You need to make an honest effort to determine the likely results of your actions. If you do not, that is a sin of omission, and sins of omission count just as heavily as sins of commission. As it says in the Confiteor:

There is a reason why it is sometimes said that charity begins at home. It is among those you know the best that you are best able to judge whether your efforts are actually helping or doing harm.

Beyond that, it seems wisest to concentrate on religious charities. They in general stand within a tried and proven tradition of what does and does not genuinely help.