What Happened in Vegas Stays in Vagueness 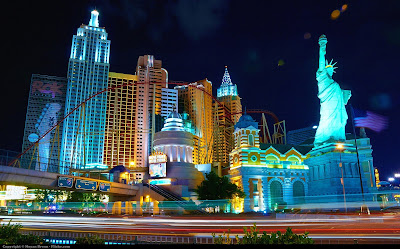 We still do not know why the guy started shooting in Vegas. None of the theories really seem to click.

A lot of people, of course, are blaming it on guns. I doubt stricter gun control would do much. The guy apparently had the makings of a bomb at his home as well, and was trying, some reports say, to hit and blow up a fuel tank. We have seen in Europe that it is just as easy to commit mass murder with a bomb or a truck as with a rifle. Moreover, there are more guns in private hands in Switzerland than in the US, yet they do not have mass shootings. I’d like to see some good statistical argument that stricter gun control would lower the number of deaths by violence.

The “guns are the problem” argument looks to me like an example of the modern tendency to avoid the issue of morality. People have free will, and some will choose to do wrong.

It does not look like terrorism, although I have seen recent suggestions that the shooter could not have acted alone. ISIS has claimed responsibility, but it is in their interest for propaganda purposes to claim responsibility whether it is true or not.

Nor could he have been one of those imaginary bogeymen of the left, a “white supremacist.” A white supremacist would not have chosen to shoot up a country music concert.

If he were a terrorist of any description, he would have made some effort to declare his beliefs.

I have seen the truly demented suggestion that the killer benefited from “white privilege” in not being labeled a terrorist. It is really hard to see exactly how he benefits from this, being dead, or how it would be a benefit to anyone who actually was a terrorist. Terrorists generally want to be seen as terrorists. Otherwise they have killed and died for nothing.

Another explanation is that the man must have gone crazy. This take is often used on the right by those who want to deflect the argument from gun control. But it looks to me like another attempt to avoid confronting the issue of moral choice. Crazy or not, except for rare conditions, it seems to me that people still have a conscience and still can distinguish right from wrong. Accordingly, they are still responsible for their actions if they do something objectively immoral.

There is a possibility that someone who is hallucinating might believe they are being attacked and are simply defending themselves. They are not aware of the real situation. But that seems implausible in this case, because the man’s actions took elaborate planning. Can a hallucination persist for so long? And can it be so seamless that the madman is able to avoid doing something odd and giving the game away while making such elaborate preparations? Could he really be otherwise so alert to everything around him? It does not seem likely.

We love to avoid moral choice by saying people are mad. You often hear, for example, that Hitler was a “madman.” This absolves everyone else from any guilt or need to examine their conscience. At the same time, it stirs up prejudice against the “mentally ill,” who already have enough to deal with. In fact, the “mentally ill,” if you exclude psychopathy, borderline personality disorder, and narcissism, are less likely to do anything violent than the general population.

Nor are these mental illnesses. These three diagnoses, and a few others, are, I submit, just dodges to avoid facing the reality of moral choice. These folks have no mental illness; they have simply chosen self over others.

So was he just a bad man? It seems that his girlfriend and his brother vouch for him on this: he was not.

Did the guy lose a lot of money gambling? Did he decide he would take revenge on the world at large? The locale seems to suggest it. Which might be an argument, really, for casino control, rather than gun control.

But apparently there is no evidence for that either.

Improbable as they all seem, I guess one of these possibilities will nevertheless turn out to have been the case.